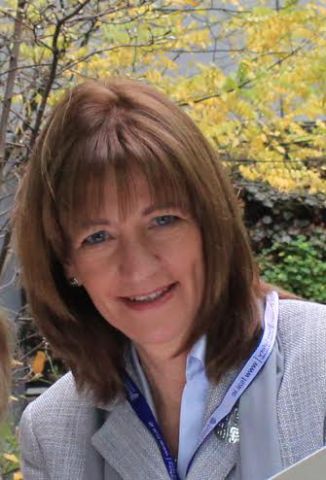 On announcing the award President of the Nutrition Society, Professor Catherine Geissler, complemented Dr Flynn on her ‘major achievement’ and acknowledged that her application was judged alongside ‘exceptional competition’. Dr Flynn won the PHN Medal for her work in Ireland and Canada. As the winner she will present the PHN Medal Lecture at a special award ceremony during the Nutrition Society Summer Meeting 2014, held in the University of Glasgow, on 17 July 2014. The lecture will feature her work and is entitled ‘Priority areas for Public Health Nutrition action using the Ottawa Charter’.

“I am truly delighted to have won this Medal and even more so to see how our role as Dietitians has been honoured. This achievement would not have been possible without the support of my long standing colleagues in INDI - a huge thank you is in order” commented Dr Flynn.

The Nutrition Society (NS) was established in 1941 ‘to advance the scientific study of nutrition and its application to the maintenance of human and animal health'. Highly regarded by the scientific community, the Society is the largest learned society for nutrition in Europe.

The NS established the first Public Health Nutrition Medal to recognise excellence in the field of Public Health Nutrition. The competition was open to Nutrition Society members whose work has had significant impact on local, regional, national or international policy or delivery, or the evidence base in public health nutrition. Applicants were expected to be public health nutritionists or nutritionists working in public health, who have had up to 20 years’ relevant experience in order to have generated sufficient evidence of excellence, and who have made an impact on public health.

There was a complex and detailed criteria used to award the PHN Medal. This focused on the ability to lead projects and programmes that develop, plan, implement and monitor aspects of public health nutrition at the local, regional and/or national level. A history of contributions to strategy and policy and the ability to use evidence to set priorities in policy was expected. Evidence of extensive collaborative working, influencing and communication skills across a wide range of groups and audiences was important along with publications.

As the first Chief Specialist to be appointed for Public Health Nutrition at the Food Safety Authority of Ireland, Dr Flynn has been a pioneer in establishing the scope, responsibilities, priorities, and possibilities for public health nutrition in Ireland. Over the years she piloted projects in Dublin to national programmes with European legislative dimensions and, in some cases, with global implications.

“In a sense, Ireland has won this award. This validates the work we do here as having enormous potential for positive impact on the future health of our people” according to Dr Flynn.

A full paper on this lecture will be published in the Proceedings of the Nutrition Society.