IrSPEN Chair warns about malnutrition and its impact 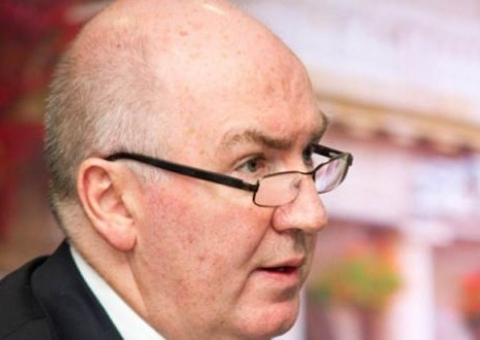 Disease-related malnutrition costs at least €1.4 billion per year and is estimated to affect approximately 140,000 people in Ireland, the ISG Winter Meeting was informed.

This year the meeting held a dedicated session on nutrition for the first time.

Prof John Reynolds, Head of the Department of Clinical Surgery, St James’s Hospital, Dublin, and Chairman of the Irish Society for Clinical Nutrition and Metabolism (IrSPEN) explained that one in three adults admitted to hospital in Ireland are at a moderate to high risk of malnutrition, much of which goes undetected and untreated until it is at an advanced stage.

“One of the issues IrSPEN faces is the low awareness of disease-related malnutrition as a public health issue and a major drain on our healthcare system. In fact, direct healthcare costs exceed those of obesity. Why? Because the effects of under-nutrition and inadequate intake in the face of inflammation are almost immediate, unlike those of obesity, which can develop over years. This is something that I think doctors do not fully appreciate since the word malnutrition is associated with extremely low body weight, “ Prof Reynolds told the meeting.

He explained that malnutrition is so costly because, on average, a malnourished patient, for any given diagnosis, will have more GP visits, more hospital admissions, an average of between 30 and 50 per cent longer length of stay once there, and if it is not corrected, they will be almost twice as likely to be readmitted and two to three times more likely to die, depending on whether they are under or over 65.

IrSPEN have just published their first guideline document entitled Prevention and Treatment of Refeeding Syndrome in the Acute Care Setting, while in late August it published a review of home parenteral nutrition (HPN) for people in Ireland; the first time a review of this sort has been conducted. The reported confirmed that despite its benefits, HPN is under-utilised with wide geographic variation.

The 20 recommendations in the report indicate ways in which the service for HPN in Ireland can be improved, addressing all areas of care from standards, guidelines, access to care, training, planning, audit and clinical governance, Prof Reynolds highlighted.

Prof Reynolds said the issue needs to be urgently addressed, maintaining there should be one adult intestinal failure centre and one paediatric centre, which exists in Crumlin, formally set up, as well as national standards and integrated care pathways put in place.

Speaking to the Medical Independent (MI), ISG President Prof Humphrey O’Connor, said that the nutrition session was the highlight of the conference for him personally and that it is important the role of nutrition in treating medical conditions is fully recognised and utilised.

“I don’t think it is given enough for its impact on quality of life. We could do a lot more and this meeting highlights that,” he commented.